St Edmund's has been a long term advocate for engaging men in the early years, both as dads and as practitioners. We have worked hard at St Edmund's to recruit several male practitioners, who do a fantastic job of encouraging dads into nursery as well as being great role models for our children. They also encourage Dads and male carers into nursery. Our children's centre work also included many activities for dads and male carers, coordinated by two dads workers.

The importance of men working in the Early Years was highlighted by the Victoria Derbyshire Show, and featured some of our male practitioners. You can watch the clip here www.bbc.co.uk/programmes/p0612hvf.

St Edmund's was part of the team that organised the MITEY North Conference, a national event that took place in Bradford on Tuesday July 18th 2017 at the National Science and Media Museum. 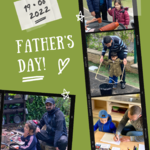 Wonderful opportunities! why not join in 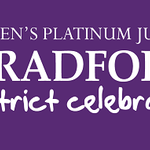